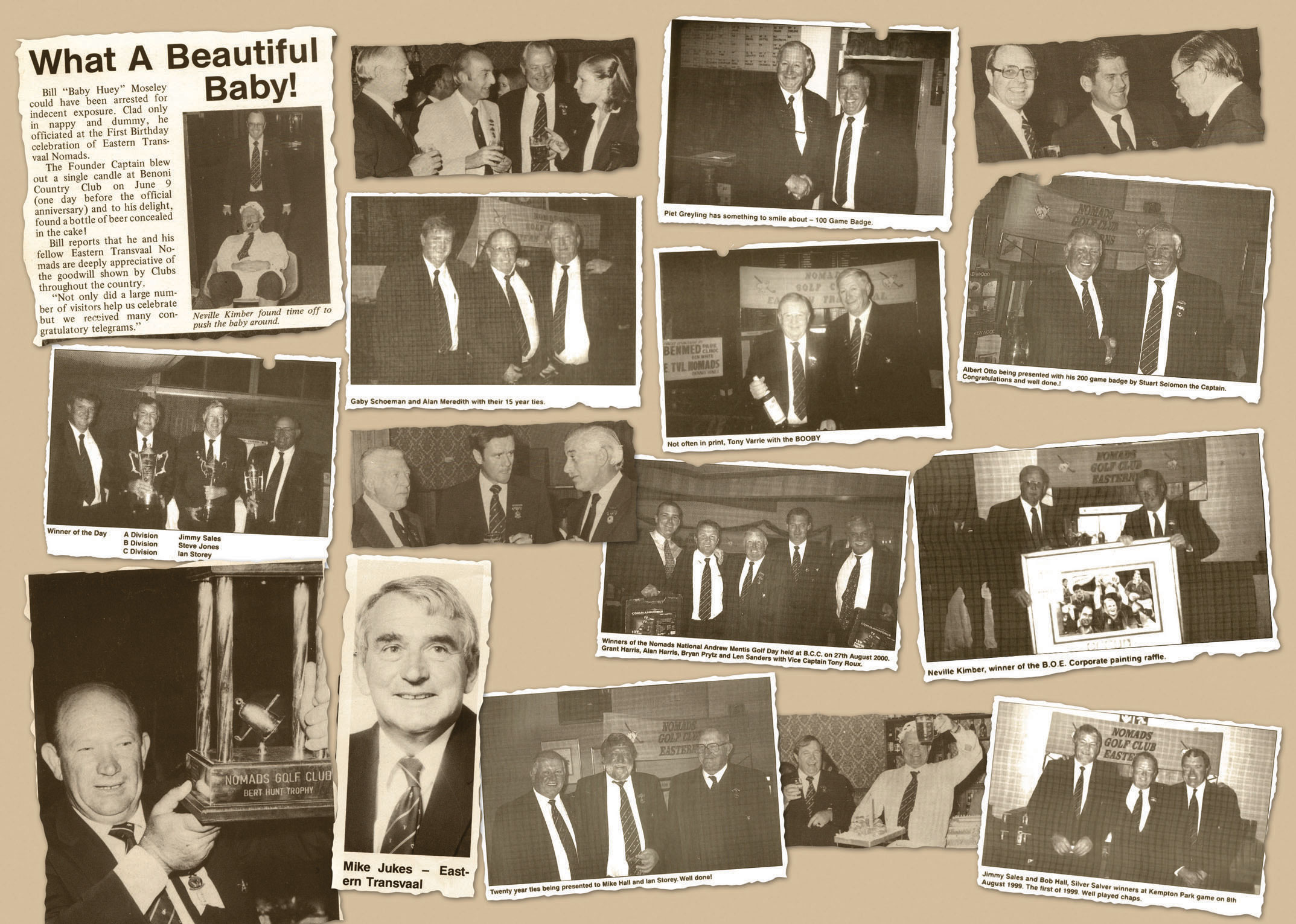 Our founder Mike Florance had the foresight to establish a club with no fixed abode where like-minded golfers could get together once a month to enjoy each other's company and at the same time raise money for those less fortunate and the furtherance of golf. In 1960 the Transvaal Nomads Club (now Gauteng Nomads) was established followed shortly by Natal in 1963 and Western Province in 1965. From there the concept spread like wildfire throughout the country and today the club comprises twelve clubs in South Africa, three in Zimbabwe, one each in Botswana, Swaziland and New Zealand and four clubs in Australia.

In 1978 Easterns, or Eastern Transvaal as it was originally known, was the eighth club inaugurated and we recently celebrated 35 years as a club. Easterns, or the "working man's club" as we're fondly referred to, has a membership compliment of 195 and always lived up to the character of our founder Captain, Bill Moseley, who had the rare ability to party and socialise whilst still maintaining a behavioural standard rarely achieved.

Leading up to 1978 Nomads had become incredibly popular in the then Transvaal (now Gauteng) and Northern Transvaal (now Northerns) that the possibility of opening a third club in the province of Transvaal not only became a reality but a necessity to accommodate the number of golfers wanting to join Nomads. A few founding pioneers got together and with the guidance of Transvaal Nomads and inaugurated the Eastern Transvaal Nomads Club (now Easterns Nomads) in June 1978. Membership grew at a phenomenal rate and shortly after playing the first game the club’s membership was capped at 200 playing members. Currently we have a membership of 195 and with 25 potential Nomads waiting to join, this number could increase to around the 210 mark by April 2014, this at a time when golf clubs throughout the country are struggling for numbers.

Throughout the years Easterns has made a significant contribution to Nomads South Africa boasting 4 National Chairmen since 1978 – Robin Wrighton, Les Floyd, Gary Bray and the 2013/14 National Chairman, Robbie Frank. Over and above the gentlemen who served Nomads at the highest level there have been numerous others such as Les Floyd, Mike Swemmer, Norman Hopkinson, Neville Kimber, Eric Fisher, Peter Chown, Vic Hall and Derick Lindsay who have taken up positions on the National Executive Committee. 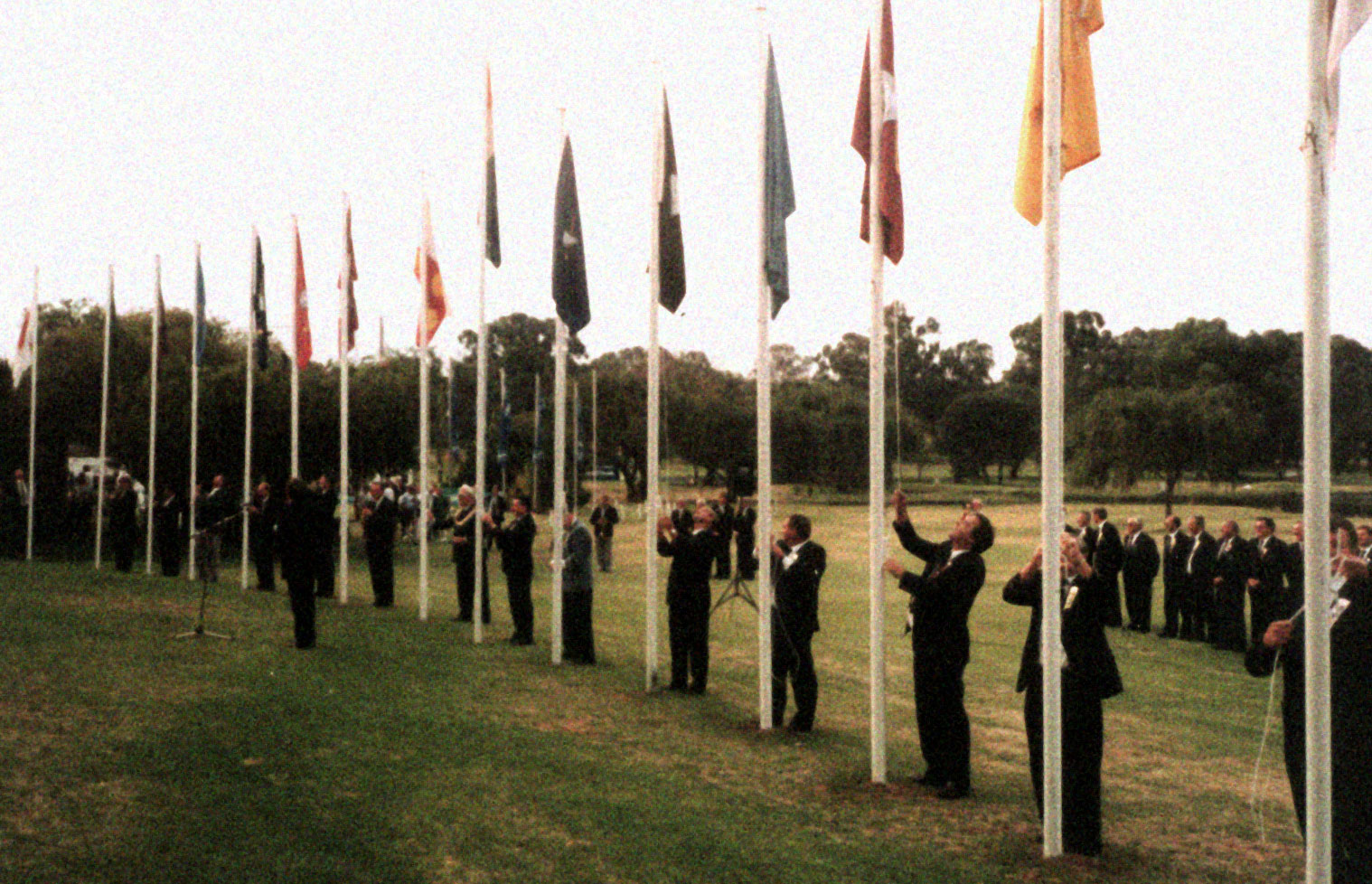 The club has successfully hosted 4 National tournaments, the first in 1983 held at Benoni Country Club came about when, due to political reasons, the then Rhodesia Nomads Club was unable to host the scheduled National Tournament. In true Easterns spirit Harry Harper-Smith averted a potential crisis by announcing that Easterns would host the tournament and was appointed as the co-ordinator, at extremely short notice the tournament was held and heralded as a great success. In 1992 the tournament at Germiston was co-ordinated by Les Floyd followed and in 2001 at Benoni Country Club by Gary Bray. Each of these tournaments set a new benchmark in standards and remembered fondly by everyone who participated. The latest tournament co-ordinated by Vic Hall and hosted by Ebotse Golf Links this year was hailed as as one of the most successful tournaments ever. Vic was warned against having the tournament at an estate course and in particular at Ebotse where it was perceived that due to the nature of the course layout it would be impossible to get a field of 240 golfers to finish during daylight hours. 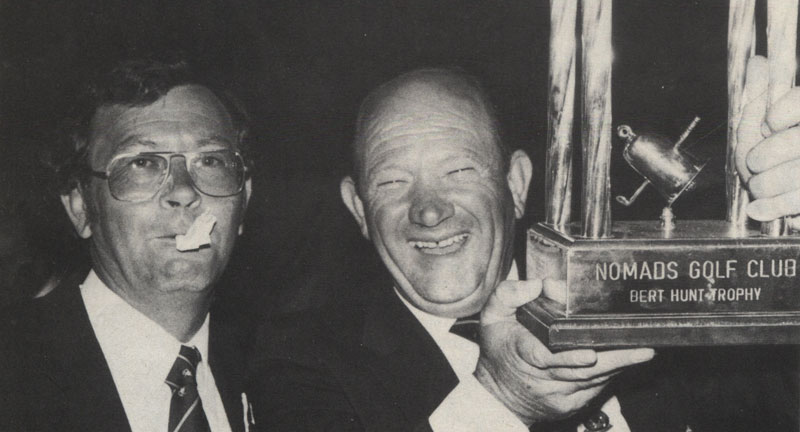 Once again, in true Nomads fashion, he pulled off a magnificent tournament that might never be matched again.

Easterns has won the Bert Hunt Trophy (winning province at the National Tournament) no fewer than 6 times. In 1983 under the captaincy of Valdi Pala, 1986 under Robin Wrighton, 2001 under Tony Roux, in 2006 when Steve Smithdorf  in charge, in 2010 ably skippered by Craig Dollery and the 6th time in 2015 when Matt Dudley was at the helm

We have 117 guests and no members online